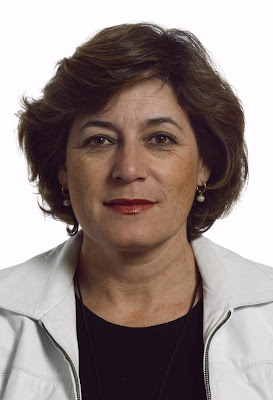 The Campaign for a PES Primary is thrilled to report that support coming from MEPs of the Progressive Alliance of Socialists and Democrats in the European Parliament continues at great rhythm. Today Ana Gomes, Portuguese MEP from the ‘Partido Socialista’ declared her express support and commitment to the need for a primary or direct system to choose the next PES candidate for President of the European Commission in 2014, thus joining some of her colleagues in the European Parliament.

Ana Gomes was elected in 2004 a Member of the European Parliament and reelected in June 2009. She has been a career diplomat since 1980 and served in the Portuguese Missions at the UN in New York and Geneva, and also in the Embassies in Tokyo and London. Between 1999 and 2003, she was Head of Mission and Ambassador in Jakarta, where she played an important role both in the process leading up to the independence of East Timor and in the reestablishment of diplomatic relations between Portugal and Indonesia.

Ana Gomes was diplomatic adviser to the Portuguese President (1982-1986); posted to the Permanent Mission to the UN and International Organisations, Geneva (1986-1989) and to the Embassies in Tokyo (1989-1991) and London (1991-1994); member of the Portuguese delegation to the Middle East peace process during Portugal's EU presidency (1992); member of the Special Political Affairs Office (East Timor dossier Timor) of the Foreign Ministry (1994-1995); head of office of the Secretary for European Affairs (1995-1996); member of Portugal's Permanent Mission to the UN in New York - coordination of the Portuguese delegation to the Security Council (1997-1998); head of Section of Interests and, later, Ambassador of Portugal to Jakarta (1999-2003).

In the European Parliament, her main areas of activity are: human rights, security and defense, international relations, gender issues and development.
Posted by José Reis Santos at 11:15 AM