The organisers of the Campaign for a PES Primary, Desmond O'Toole and José Reis Santos, write on why they believe the Party of European Socialists should hold democratic primaries involving all individual members of PES national parties to select our candidate for President of the European Commission for the European elections in 2014. 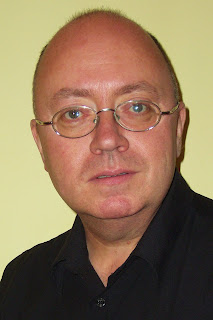 Activists of the Party of European Socialists (PES) are campaigning for the PES to hold pan-European primary elections to choose the party’s candidate for the Presidency of the European Commission in 2014. Declining turnout in European elections, concerns of a democratic deficit and an abiding feeling that the EU is remote and over-complicated all strengthen the demand for more democracy in the European Union. Decisions are made for us, especially in the European Commission, by people with an unsatisfactory mandate from us. The Campaign for a PES Primary tackles this head-on.

Individual Conservative and Liberal governments are utterly overwhelmed by and patently unfit to address the profound crises that Europe is experiencing, but what of the EU’s response? With its eurozone structures, capacity to co-ordinate and lead government action and substantial budgets for regional and structural funding the EU possesses significant resources to bring us through these difficult times. But the European Commission has demonstrated extraordinary lassitude in mobilising a continent-wide effort to create jobs, protect standards of living and promote strategies for economic recovery and growth. Led by José Manuel Barroso, the Commission has shown itself unequal to the task.

The Commission likes to portray itself as a college of independent, supra-national public servants, but in reality it is a highly political institution. Its membership reflects the political affiliations of national governments, and it is confirmed in office by a European Parliament, whose political configuration the governments are obliged to observe in their choice of Commission President. As the Conservatives “won” the European elections last June, it was their representative, José Manuel Barroso, who was returned to office as Commission President. It was the outcome of those elections that has given us a Commission that has shown such crippling complacency and disregard.

The Party of European Socialists (PES), however, had a disappointing election. With the exception of a few countries like Ireland, parties of the Left, especially in Britain, Germany and France, were held as much to blame for the crisis as the Right. Though national party leaders agreed a common election manifesto that pledged to put people rather than markets first, they failed to agree on a PES candidate for the Presidency of the Commission who would personify and articulate that manifesto. The PES “lost” the last European elections, but it is Europe’s citizens who have paid the price of a Commission unequal to the task of securing our jobs and living standards.

Recognising its own responsibility, the PES agreed political and organisational changes at its Prague Congress last December designed to further integrate the PES and national parties and resolved to present a single candidate for Commission President at the next European elections in 2014. This is a landmark decision and it has raised a vital question; how is that candidate to be selected?

The Party of European Socialists is the only pan-European party with an activists layer formally recognised in its statutes and comprising some 20,000 activists and over 100 citygroups. Many of these activists are campaigning for the PES candidate for the Commission Presidency in 2014 to be selected by the members of all of the PES national parties. We want “primary elections” to be held in every PES national party, where candidates will compete for the opportunity to lead the PES campaign and win the Presidency of the European Commission.

Just imagine the interest, energy and passion that such a process would release. A democratically selected PES candidate for Commission President would possess an enhanced legitimacy and a mandate for positive change in Europe. The PES European election campaign in 2014 would be hugely energised and we might finally see a truly “European” election campaign emerge that engages citizens by demonstrating that who we vote for in Europe really can make a difference to our daily lives. A PES President of the European Commission would herald a new direction for Europe and lead the effort to create a Social Europe that puts people first. This is the vision that many PES activists want to enable. 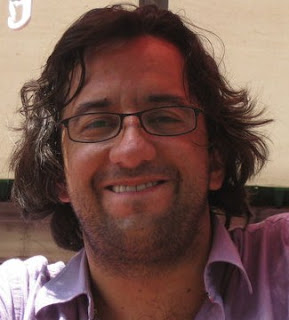 XXI century politics is demanding. Probably more demanding than in any time in history. Due to the democratization of education, to the possibilities to travel and to the globalization of information European citizens are – today – better educated, informed and sophisticated. This allows them to have a level of political awareness never witnessed in the past, and to have higher standards and expectations from politics, in general, and party politics in particular.

Political parties and politicians know this, they were – after all – the main promoters for the changes we are experiencing in the new millennium. But, interestingly enough, just at the moment civil society peaks its ability to get involved in general politics – as it has better tools to do so – political society stills hides behind obscure processes of internal party democracy. This helps to explain why regular citizens are not voting in European and national elections – they just can’t feel represented by the politicians in the ballots, as some are chosen behind closed doors, in the clubs and alleys dominated by the party hierarchical system. This in a time where information is wide spread and access is not limited.

Everybody was fascinated by the Obama success and his strategy campaign plan, mainly due to two factors: the level of his discourse and the ability to engage party members and regular supporters in his political project. The world of politics has never been the same since, and we’ve all seen how different politicians, from different parties, have tried to develop new tools and campaigns designed to involve and engage activists in politics.

So, what does it need to adapt this experience to the European reality? What can we do in order to reconnect party politics and European citizens?

We have seen, in the last years, several political parties trying to close this gap, usually introducing primary systems in their internal elections. We saw that in the Italian left, we are seeing that now in the Spanish PSOE. As we address the European level of politics, could we expect the setting up of a competitive primary system which could raise the awareness of European citizens towards the PES? I strongly believe so, especially after the decision in the last PES Congress – in Prague – where it was politically decided to present a single candidate to the 2014 European elections.

So, how will this candidate be chosen? By the PES Presidium? By the party Members? By the Congress? All these options represent old ways of doing politics, and I strongly believe that the European citizens, in particular progressive citizens, do expect more from us – Socialists, Social democrats and Labourites. They expect that we adapt our ways into the new game of politics, where democracy is cleaner, engaging and with genuine participation. And within the framework of European politics I have no doubts that is the Party of European Socialists which has the better conditions to embrace this new set of tasks to re-engage citizens in politics.

That’s why we are promoting this PES primary campaign. Because we believe that we are at a point in history where that is what is expected from us and because the European Union desperately needs a change in their leaders and set of politics; change that can only come from the progressive family: the PES.

So, and in sum, setting up a primary system to choose the PES candidate for the 2014 European elections could be the first step towards the political change we want in Europe, in 2014.