Process will be open and democratic but flexible for national parties to choose their most appropriate method. Will involve direct or indirect consultation with national party members. Candidates need nomination of 6 national parties or organisations. Final votes cast proportionally at extraordinary PES Congress in 2014. 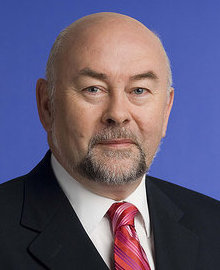 The PES Council meeting in Warsaw is about to debate a PES Presidency resolution entitled, "A democratic and transparent process for designating the PES candidate for the European Commission Presidency." The draft resolution is not yet on line (I wil provide a link when it is published) but its key contents are as follows:

"We, European socialists and social democrats, will select our candidate through a democractic and transparent process. We will take this step towards a more democratic European Union in an open and confident approach ..."

"We will apply these principles to our own house and strengthen the internal democracy of the PES by bringing on board all our parties and all levels within the parties. Our common candidate will be chosen in an open way, we need to reinvigorate European citizens' engagement with European politics, and thus engage our members in one way or another. If we want to be a credible, modern and forward-looking alternative, the PES must have a democratic, transparent and inclusive process, which is both understandable and flexible and ensuring both the quality and the legitimacy of the candidate."

"Therefore, the PES sets up a Working Group "Candidate 2014", to discuss and propose a process. The discussion could include:
- the criteria to stand as a candidate, including proposals for endorsement
- the scope of the electorate
- the selection procedure
- the organisation and financing of the selection process
- a timetable for the selection"

The debate is to begin shortly ... follow its progress on www.pes.org or at www.twitter.com/pesprimary.
Posted by Desmond O'Toole at 5:39 PM No comments:

Blogging from the PES Council in Warsaw

Members of the Campaign for a PES Primary are blogging from the PES Council in a very cold and snowy Warsaw. You can follow our tweets here or on our Facebook page here.

Key events at the PES Council are:

13h00    Reception for PES activists from 13h00 in the main restaurant
18h00    Debate on  how the PES will select its candidate for Commission President
(you can follow this debate almost live at www.pes.org)

Rasmussen writes on choosing the next Commission President 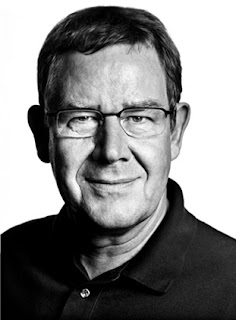 In a recent article on the renewal of European Social Democracy published in "Internationale Politik und Gesellschaft" (Friedrich Ebert Stiftung), Poul Nyrup Rasmussen, PES President, had this to say on the selection of a PES candidate for the next President of the European Commission:

"This is why the PES has committed itself to a course of action that will produce a clear democratically elected candidate to front the European elections. Giving a face to a political platform is imperative in today’s politics, especially in such difficult elections as the European ones. To make this election relevant, citizens must know that their vote can shape the executive and change policies. We have therefore made a commitment to choose a PES candidate for the European Commission presidency for the next European elections. This candidate will be expected to inspire party activists but also, most importantly, potential voters."

Posted by Desmond O'Toole at 9:06 PM No comments:

In a provocative article entitled "David Milliband - President of the European Commission in 2014", Dan Luca, President of the Romanian Social Democrats in Brussels, argues that the Party of European Socialists could attract the brother of the next British Prime Minister to be the PES candidate for Commission President in 2014. In order to attract candidates of the stature of David Milliband to run for the PES nomination it would be necessary to open the decision-making process to the individual members of the PES in democratic primaries.

From a European point of view David inspires as a real politician, with big potential to become the President of European Commission in 2014. But the EU and the election system needs to change in order to get politicians like David involved at a European level ...

The key of my proposed mechanism is open elections of a representative for the Left as a candidate for the President of the European Commission. The selection phase should be very easy, clear and transparent. The decisive line is empowerment of the members, the activists. Their choice is the most important here. If too many bodies of the Socialists come together to "elect" the leader, this is not good.

In each of the 27 countries there need to be primary elections in 2013, and each country would have a winner who takes the number of the country´s votes. A more complicated election formula will be demotivating for the members.

In my opinion, David Miliband is one of the possible candidates for such an “exercise” and for sure a lot of Socialists would like to see him in the position of the President of the EC in 2014.

Have we spotted a European “Obama” in the political arena?

Posted by Desmond O'Toole at 12:12 PM No comments:

Paul Alliès is a professor at the Université de Montpellier, Secrétaire national adjoint for the Rénovation du Parti Socialiste and President of the Convention pour la 6° République (C6R). In an article on the well-known French blogsite, Mediapart.fr, entitled "Les primaires font tache d'huile en Europe", (Primaries are spreading throughout Europe), Paul discusses the recent meeting of the PES Network on Modernising Politics that was held at PES headquarters on the 23rd September.

In an interesting article, Paul describes the different procedures at the national level to select party leaders in social democratic and socialist parties in Europe. He states "The generalisation of primaries in Europe is a way towards another type of party, more respectful of the choice and weight of ordinary citizens"

Paul also comments on the Campaign for a PES Primary:


A group has even been formed by "PES activists" comprising mostly Irish, English and Portuguese activists to campaign on social networks to support such a view (on Facebook: Campaign for a PES Primary, and on Twitter @ PESPrimary). The generalisation of primaries in Europe appears to be a path, modest but inevitable, towards another type of party more respectful of the choices and weight of ordinary citizens. Neither is it a secondary issue for old social-democracy to bring about this change."